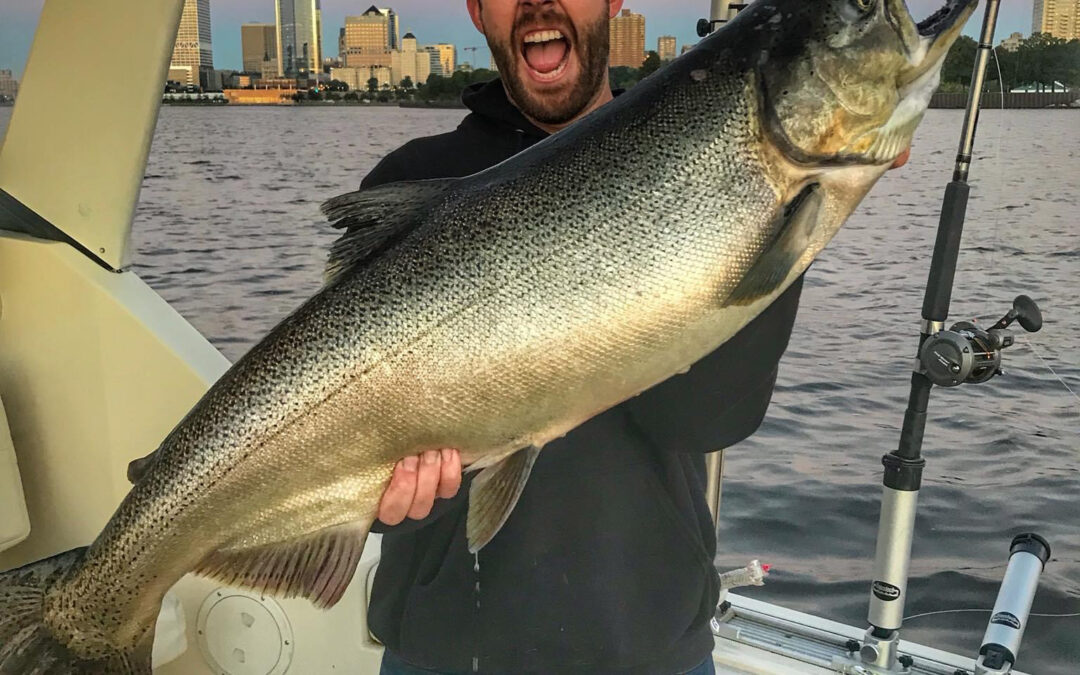 June was a challenging month with ever changing conditions. June is generally a month that offers stable weather patterns but this June decided to be special. However, we were able to consistently put together solid catches throughout the month. One day we would be fishing shallow, the next day we might be fishing in 200ft of water. We are blessed to have a dependable network of other fishing boats. We all work together to stay on the fish.

Coho Salmon definitely ruled the month. There were several different schools of coho salmon that made the migration from southern Lake Michigan. We targeted these tasty fish with the standard orange flashers and a variety of both peanut flies and sliders. The Traveler and Midnight Traveler from Hot Pursuit Tackle were standouts.

King Salmon were also willing to cooperate although not as often as the Coho. We targeted these tackle busting bruisers with both flashers and flies as well as spoons. Dragon Slayer flashers paired with Howie Tackle Little Boy Blue flies were hard for them to resist. UV Mixed Veggie spoon was apparently the preferred appetizer as well.

Lake Trout were dependable and created lots of excitement for our guests. They did not require the specialized tackle that are normally required to catch them. They were feeding on the same set ups that the Kings and Cohos were eating.

Rainbow trout started to show up in good numbers at the end of the month and we look forward to them becoming a staple in our coolers!!